VectorVision offers a range of ETDRS tests at varying contrast levels for use in the ESV-3000. These tests allow the accurate evaluation of low contrast acuity in a standardized lighting environment. A sampling of the charts available at the 10% contrast level is shown below. Other contrast levels are available upon request. 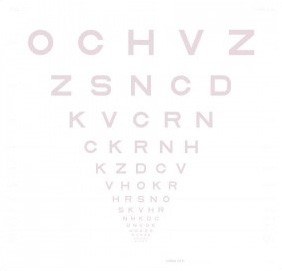 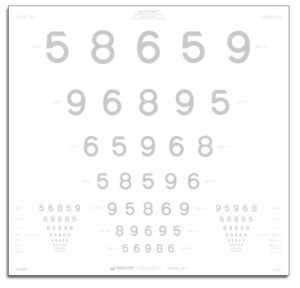 The Lea Number chart presents the LogMAR numbers at 10% contrast.