Ability to Detect Subtle Shades of Gray in the Real-World

The testing is also useful for evaluating patients treated with:

Finally, the testing is very useful in measuring the vision of patients with high visual requirements, including:

How is Contrast Sensitivity Different than Acuity?

In 1862, Dr Snellen, from Utrecht, Holland developed the Snellen visual acuity test primarily for the purposes of prescribing glasses. This Snellen Chart, “The Big E Chart,” presents a series of high contrast black-on-white letters in different sizes. Relatively small changes in refractive status can be detected by this test and it is very useful as a standard for describing changes in vision caused by spherical blur. Unfortunately, many types of vision loss are not caused by spherical blur and for these types of vision changes, e.g. cataracts, glaucoma, irregular astigmatism, etc., Snellen acuity is an inadequate measure.

How is Contrast Sensitivity Tested?

A true contrast sensitivity test uses sinusoidal patterns which vary in luminance across a grating pattern (see image below). The luminance of the grating is varied from 0.5% contrast to 90% contrast. Contrast sensitivity determines the lowest contrast level which can be detected by a patient for a given size of the grating pattern. The different size gratings are called spatial frequencies. 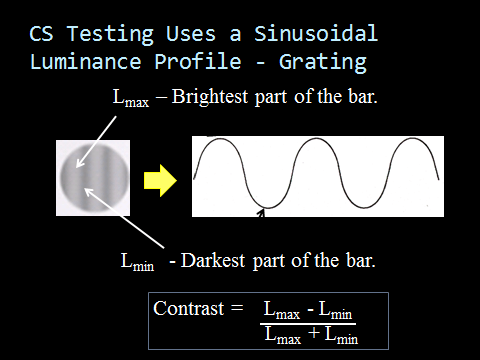 Contrast Sensitivity is a Detection Task 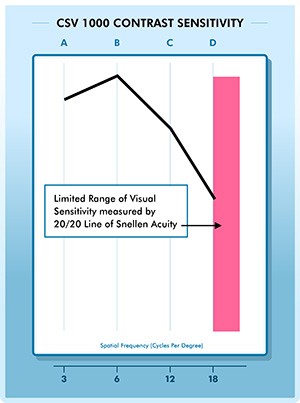 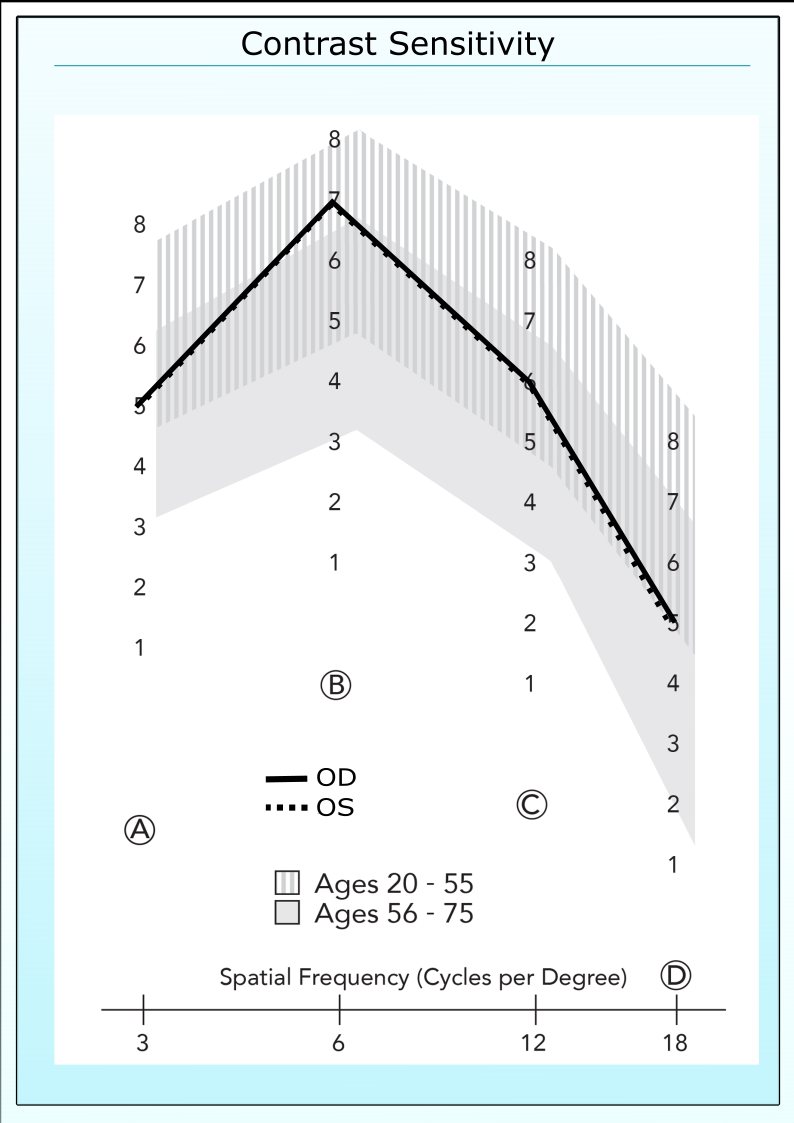 Visit other parts of our website to determine how the contrast sensitivity results can be used to assess cataracts, glaucoma, diabetes, refractive surgery, contact lenses, and other eye conditions or optical devices.