Today’s eye care clinical environment requires efficient and standardized testing for a range of vision tests in one instrument. The CSV-2000 is the first and only device that provides the recognized standard for contrast sensitivity testing along with the full range of visual acuity, color, astigmatism, fixation, and other standard vision tests. By incorporating the AcQviz standardization technology with the VectorVision contrast sensitivity test, the CSV-2000 brings next generation technology to your examination room.

AcQviz offers patented technology for automatically calibrating the monitor light source in the CSV-2000. The auto-calibration is accomplished through proprietary technology from Guardion Health Sciences (Parent Company of VectorVision). AcQviz continuously measures the monitor light level and adjusts the level to 85 cd/m2. This light level is recommended for vision testing by the United States National Academy of Science Working Group on Vision Standards, the United States Food and Drug Administration and the American National Standards Institute. The AcQviz device is housed in the upper left-hand corner of the screen and communicates via specialized software and miniaturized hardware with the luminance control of the monitor. 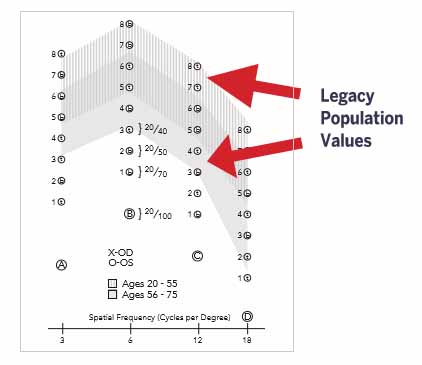 The CSV-2000 incorporates the same spatial frequencies and contrast levels as the CSV-1000, presented in the same format for testing. The CSV-1000 testing protocol has been the world-wide standard for contrast sensitivity evaluation for more than 20 years, has been used in more than 50 FDA clinical trials and has its accuracy and sensitivity validated in more than 75 research publications or presentations. Use of the standardized CSV-1000 legacy contrast sensitivity protocol allows clinicians to compare their patients scores to population norms and the to the published data available from the many research studies.

Patented technology, advanced engineering and integration of the contrast sensitivity into a full vision testing suite makes the CSV-2000 a breakthrough in office efficiency. 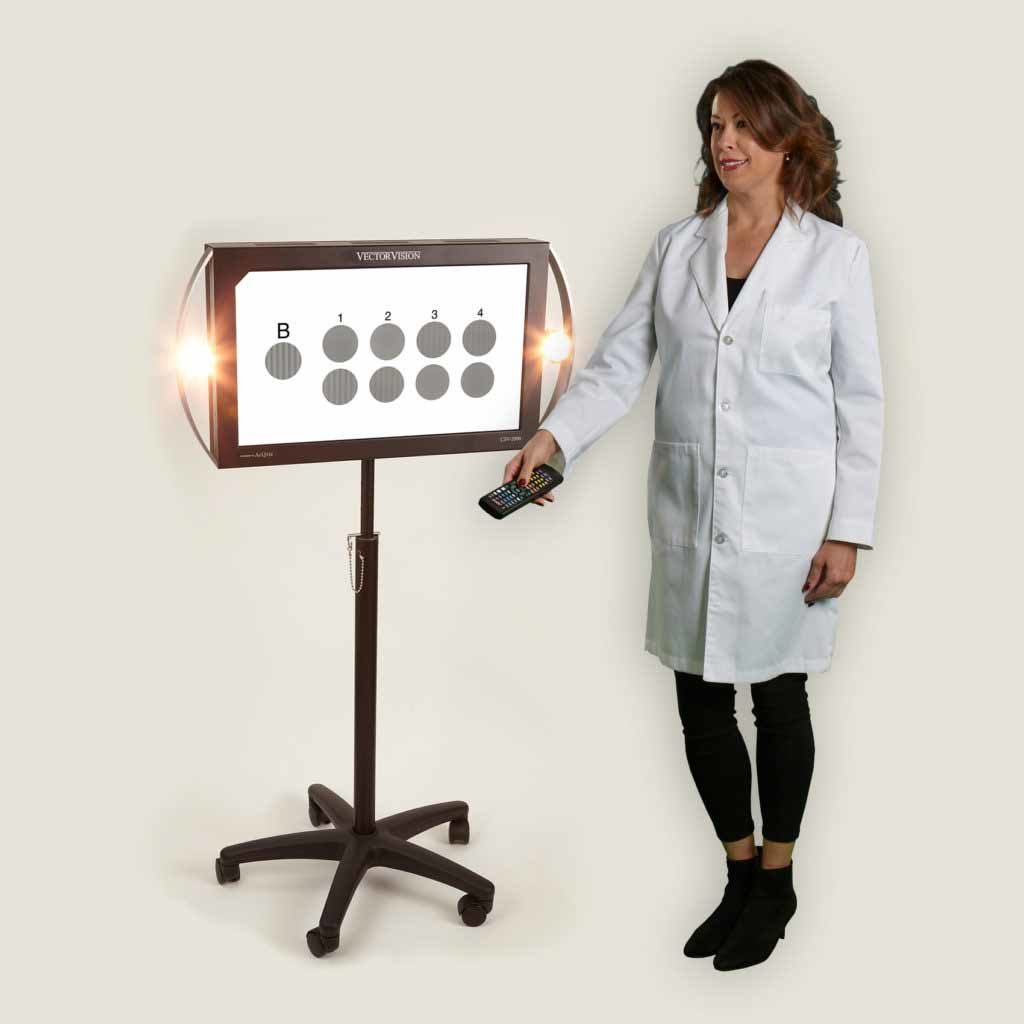 Working in association with